Merry Christmas to everyone.
I will be taking this next week off from my blog. From Thanksgiving to Christmas I have had 3 big dinners, 2 kids birthday parties, and tomorrow several relatives will be stopping by for another dinner!
We moms are so rushed this time of year its hard to stop to reflect on the birth of Jesus and what that means to us as Christians.
I look forward to some downtime in my sewing nook after Christmas and hope to emerge refreshed after my week off.
It may look sunny in these photos but it is getting quite chilly for we Southern California folk!
I have been busy making Gigi her winter wardrobe. Have you noticed how hard it is to find kids sewing patterns for basic things like fitted t-shirts? There are plenty of adorable dress patterns out there, but basic fitted T's ? Not too many.
Ottobre patterns magazine from Europe has great everyday clothing for toddlers but by the time I trace the patterns from the magazine onto paper and add seam allowances to everything, I can be done with this little traced number. 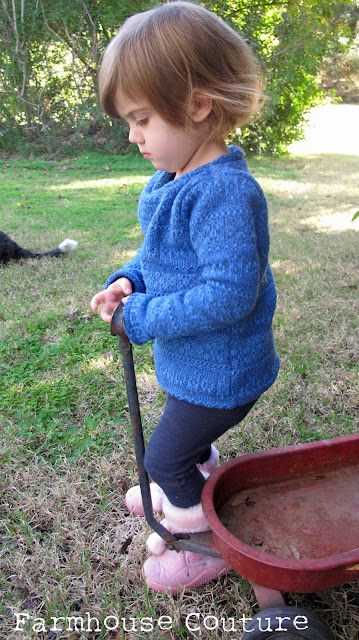 The clothing company Patagonia has its headquarters nearby and my friends' mother works there so she donated some fabric to me. This blue sweater knit is actually made of micro fleece and it is so warm! I had just enough of it to make a sweater.
This tutorial is great for adults too! 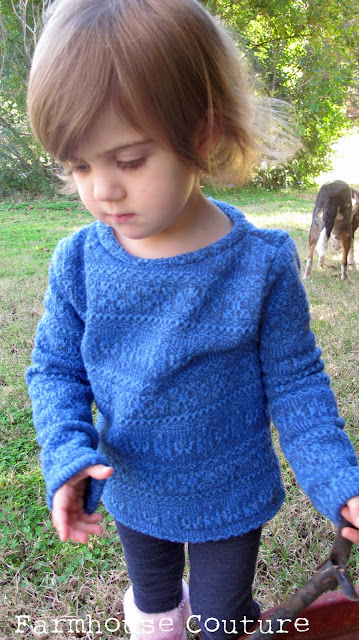 Since reading about how children are working in Chinese clothing factories, often up to 85 hours a week, I am more determined than ever to make most of my clothing. I know a lot of fabric is also made there but making my clothes is a small way for me to say,
"I don't support buying clothes made in countries that use child labor and force abortions and sterilizations on female workers. As a woman and a Catholic I find it objectionable that US  companies look the other way!"
Here is a short film about what goes on in China's toy factories. I hope it doesn't spoil your Christmas. I'm sure some of the toys I bought my kids are also from China but it doesn't hurt to be more aware next time we hit the toy store. Maybe we can start making our own toys too!
Or buy them on Etsy.
Apparently Hasbro toys has one of the worst factories in china.
OK rant over.
On to the tutorial! 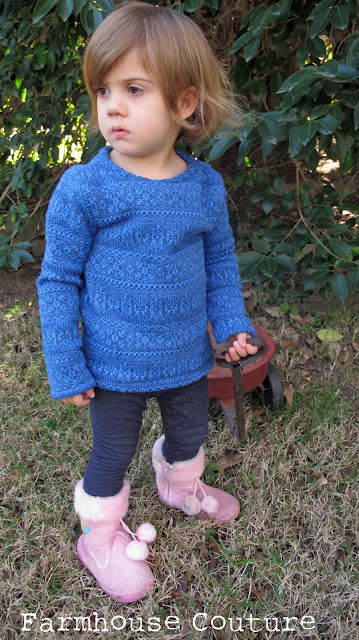 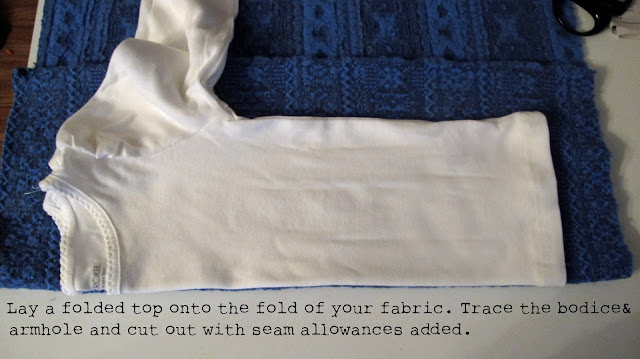 If you want your sweater a little looser add more seam allowance at the sides.

Make sure the fold is at the top part of the sleeve! 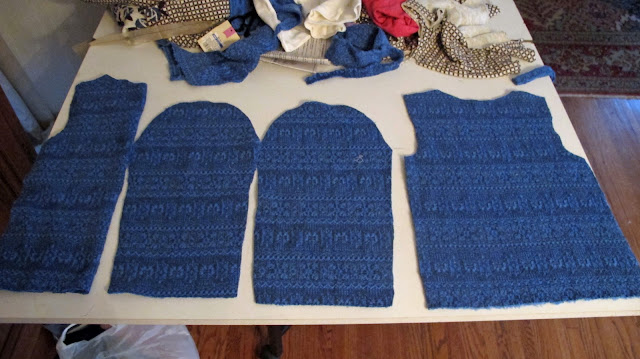 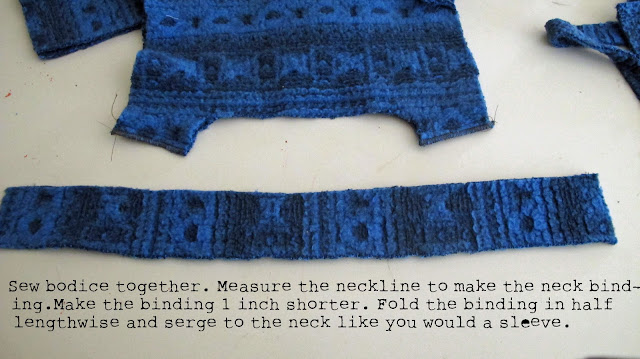 Oh and sew the binding together first, fold it in half and then sew it to the bodice. 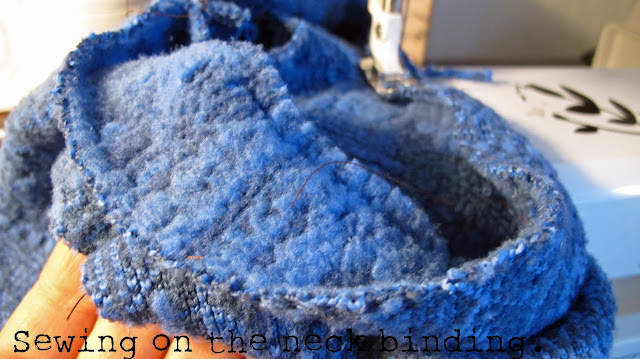 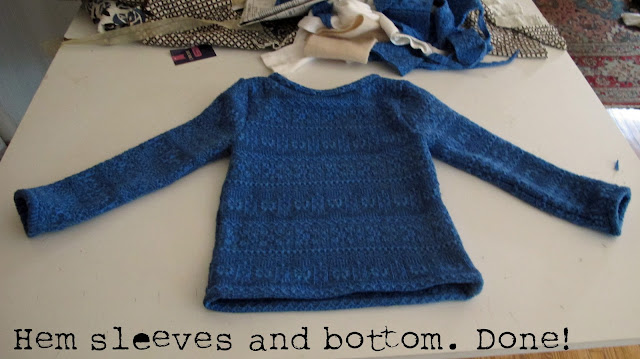