I have been working on two dresses at the same time this week. It's been slow going so I haven't had much to post about that. In the meanwhile I also finished my dining room table and chairs makeover but I haven't been able to get any good shots since my mom has moved in and her computer and my sewing stuff are all over it!
I also finished costuming a play at The Santa Paula Theatre called The Seafarer by Colin McPherson. It is the tale of "rough around the edges" working class Irish men gathered together on Christmas Eve for a "friendly" game of cards.  One of the men is new to the circle and has a hidden Faustian agenda. McPherson's plays are rife with colloquial language (read swearing) all softened by the lovely Irish lilt.
We took the cast and crew photos yesterday so I should have lots of good stuff to post this next week. Stay tuned!
Today I have a little tutorial on hemming with horsehair braid.

Horsehair braid is actually made of nylon. At one time it must have been made of horsehair and I wouldn't doubt if they still use real horsehair in the Paris Couture houses. It is great for giving some shape to a hem. It's used often on circle skirts or any type of skirt where you want the hem to stand out and away from the body. It's often used on wedding gowns.

A wedding gown from threads magazine with horsehair braid used on the hem to make it stiff. 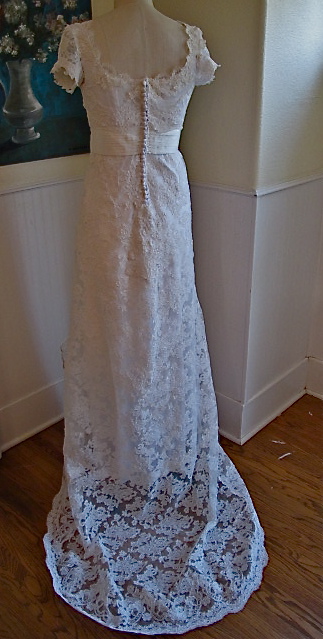 I used horsehair braid on the hem of a wedding dress I made this year here. I ended up removing it from the train because we wanted the dress to be more sinuous when the bride walked. We kept it in the front so it stood out a little from her body.

Horsehair braid on the front of the dress above.
So it's one of those techniques that you have to use your judgment on before using.
It's very easy to get it wrong as you can see here: 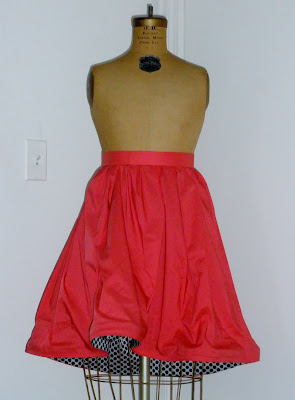 Horsehair comes in different widths. I think too thick of a braid was used on this skirt above.

It's often used on circle skirts. Blogger Gertie has posted about horsehair hems here.
But It also can be used to give a sixties style dress body and stiffness as you can see on this pattern. 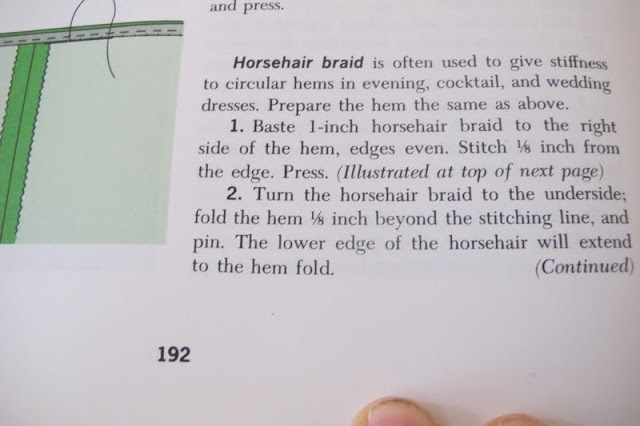 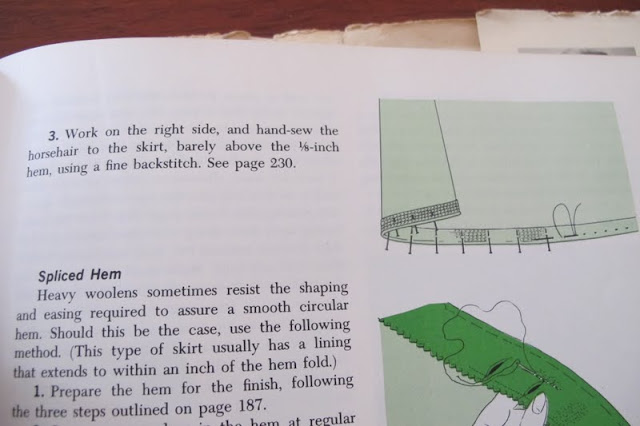 I'll just post these directions for you from my favorite sewing book, The Singer Sewing Book from 1969. 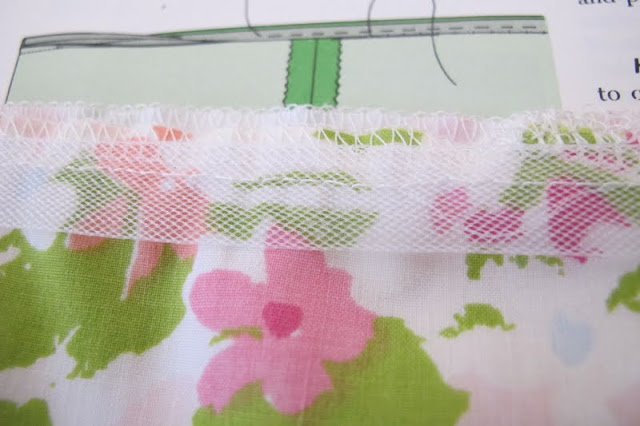 I sewed the horsehair braid to the right side of my hem. 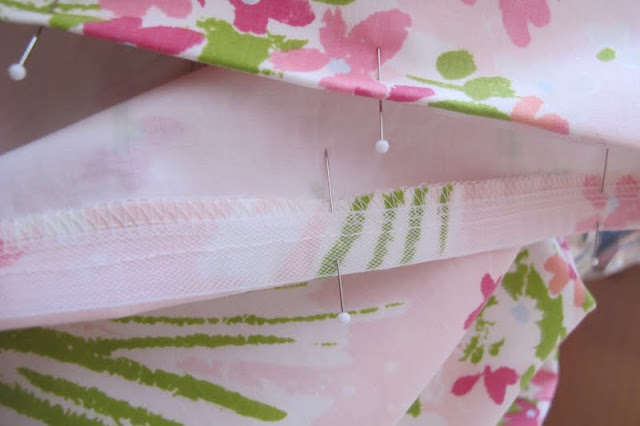 I then flipped it to the wrong side and hand basted it down. It actually needs two rows of stitching. One down below near the hem fold and one at the top of the braid. 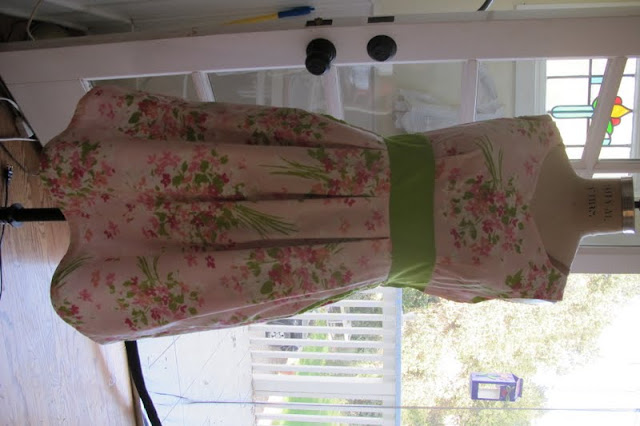 This was a sixties style dress
I made last month. I wasn't that thrilled with it but I think the new hem gives it a more authentic look.

Email ThisBlogThis!Share to TwitterShare to FacebookShare to Pinterest
Labels: tutorial