Happy Father's Day to all the dads out there and to mine in particular!
My dad is a super cool guy who is always there to listen to me ramble on and on...
A great grandpa who always welcomes his grandkids to his pool and is always willing to jump in with them, even when it's not so warm out.
And he always has Lily's favorite cheese!
A retired Hollywood film editor and brilliant photographer, he patiently helps me with my constant beffudlement when it comes to editing and taking photos.
Thanks Dad!
My dad in photos : 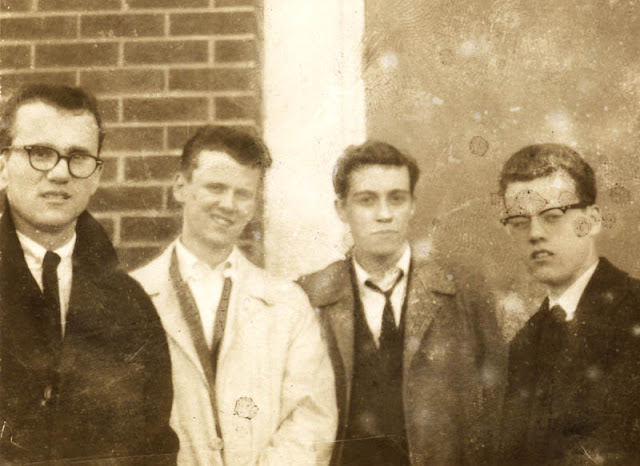 My dad as a teen in New York city, before he hitchhiked to California and met my mom. He is the second from the right. I don't run into many teens these days that look this cool. This puts their baggy hoodies and droopy jeans to shame. 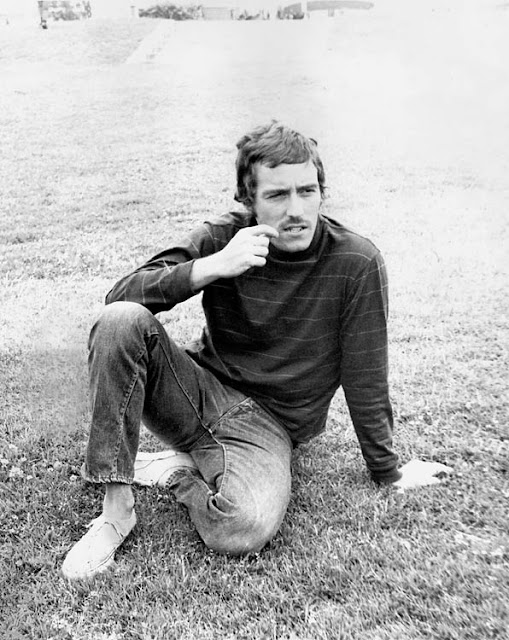 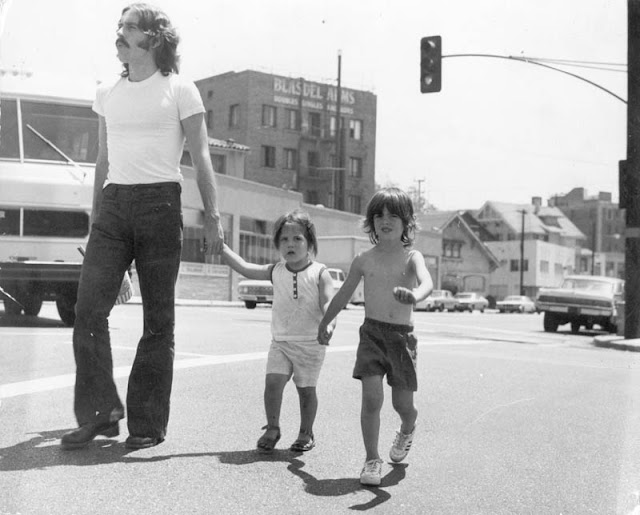 Walking in Hollywood with me and my brother in the 1970's. Boy, were we ragamuffins! 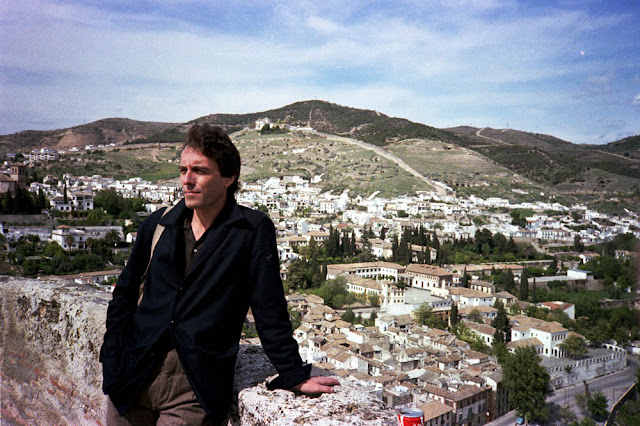 Dad on location in Spain in the 80's. He was working on the film Conan The Barbarian, with the now notorious Arnold Schwarzennegger, who was starring in his first film. 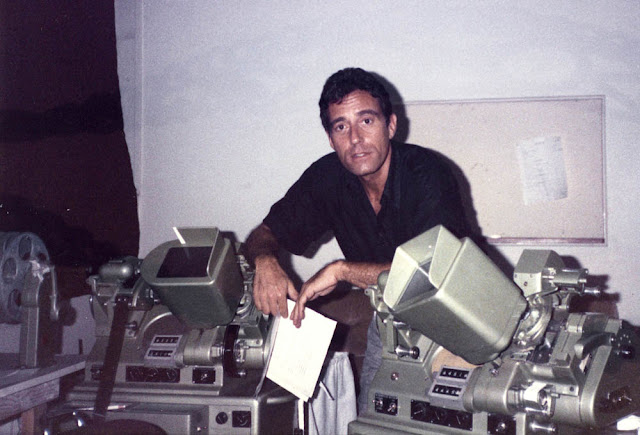 At work in the editing room with the Movi-ola in the 90's. This was before digital film took over the movie industry.
So go light up your BBQ, have your dad over if your lucky enough to have one nearby, and have a great day!