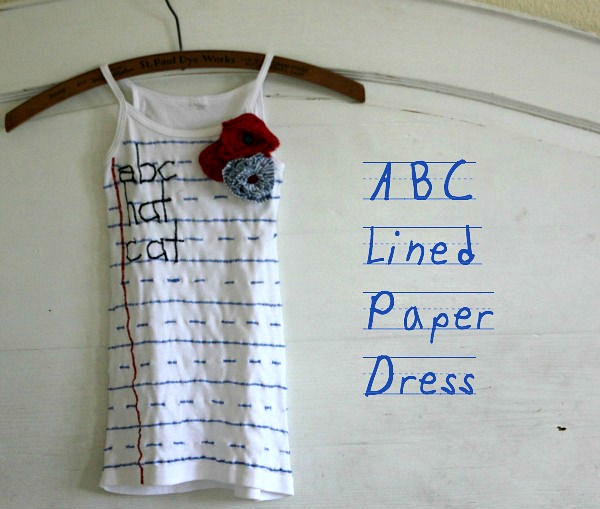 Last week I auditioned to be a contestant on this season's blog contest at So You Think You're Crafty.
The theme was to make a back to school project.
I took it literally and made this little machine stitched dress.
It's supposed to look like that slashed line paper that little kids write on when they first learn their ABC's
THE ABC DRESS 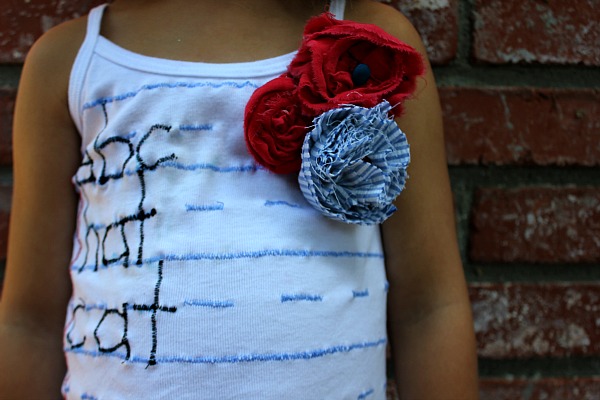 And no, I didn't make it onto the contest. There were 20 people auditioning their projects, and only 10 were chosen by a public vote.
You can check out this season's contestants here.
I spent about five minutes being disappointed when I found out I wasn't picked but I've been in a few of these contests already and didn't really expect to get chosen based on my results from the other contests. But I enter contests anyway.  I'm a glutton for punishment!

Who was it that said something about success being a series of failures that ended? I'm terrible at remembering clever sayings.

However, I got a really nice e mail from a person from Africa who wrote to me that she liked my little dress so much and was sad I didn't get picked.
And that made me feel so good! 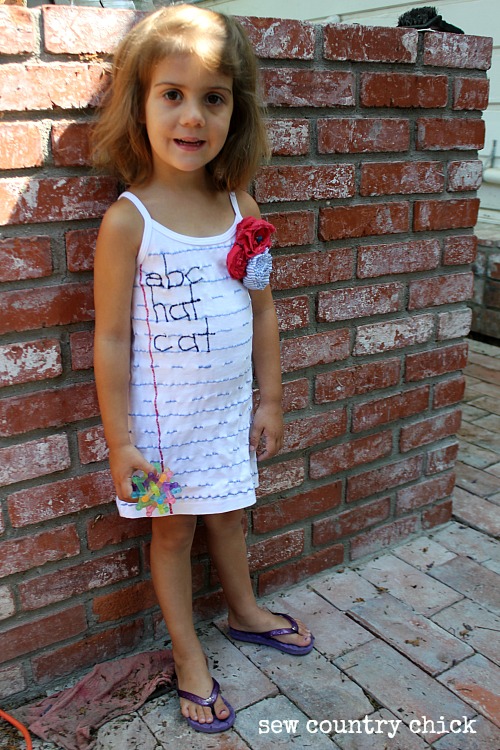 I drew lines with a water soluble pen and my ruler, then stitched over them with a narrow and wide zig zag stitch to make the lines, red margin and  letters.
It took a long time but it was relaxing.
Then I made a little fabric flower brooch attached with snaps. 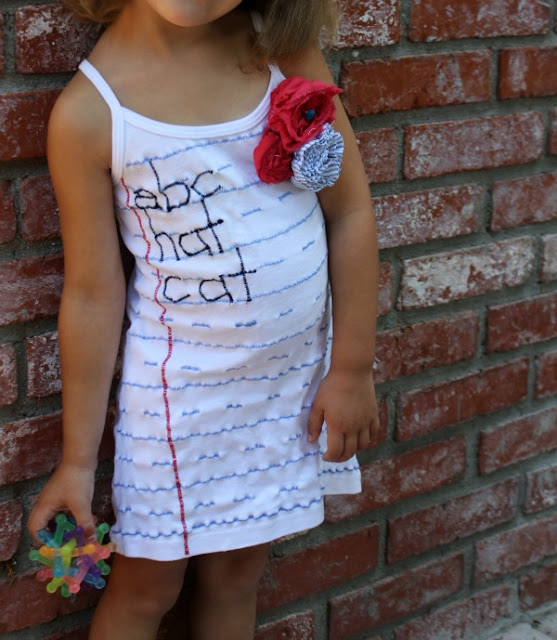 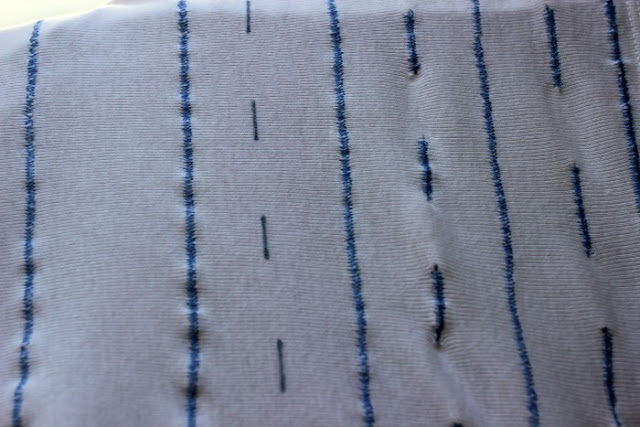 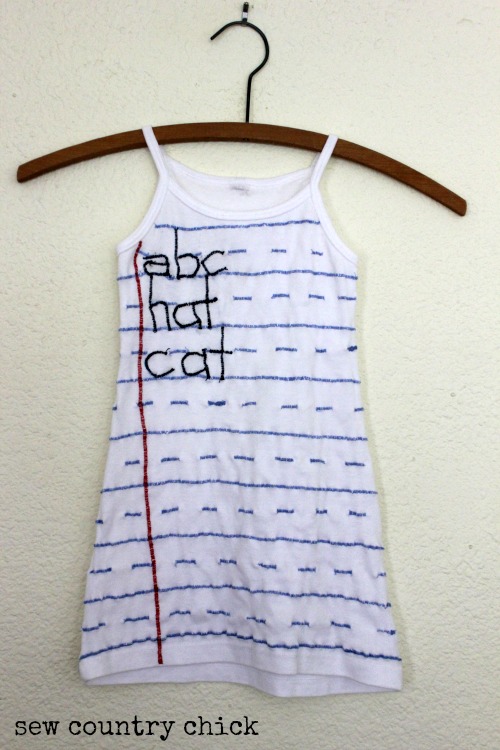 I used a little white dress I bought at the American Apparel factory outlet on Alameda Avenue on a trip to downtown Los Angeles.

American Apparel is one of the few companies that STILL MAKES their clothing in the garment district of downtown LA.
They sell blank white t shirts, leggings, and dresses that are perfect for fabric decorating projects.
My son has a t shirt business he just created and has been working with them.

The warehouse where they sell discounted stuff upstairs was HUGE, a REAL factory outlet , not one of those fake ones in the suburbs, and I lost Gigi for a little while.
Me and my kids were running around looking for her, calling her  and getting frantic,  when she popped out of her hiding place.

Boo!
We were NOT amused!