I went to confession for the first time in several months this week.
Sometimes motherhood and life can get really heavy and being able to have a special confidant I can speak to and who can give me some solid, spiritual guidance can be so uplifting. There has been so much drama with my kids lately.

I haven't always been a Catholic. Actually, I have only been a member of The Church for 4 years now, and I have definitely had my struggles with it.There are so many rules and regulations which can be expected I suppose for a religion that has been around for hmm.....about two thousand years. Probably the biggest issue I have had with the Catholics is how judgmental some of them are. But then I have to realize that these are only humans who are doing all of the judging, not God. 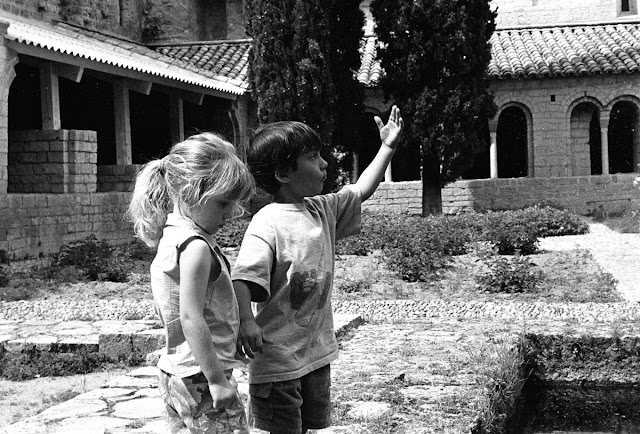 So humans have been getting it wrong and arguing, and fighting about what Jesus really set out to do since Martin Luther nailed his opinions to the church door hundreds of years ago and started the Reformation. Actually, they have been fighting since the church began, as research on all of the groups that broke off from the early church proves.

Who is right? Honestly, I have no idea and I prefer not to go down that road.

I recently had lunch with one of my best friends who is consciously raising her child with no religion, which is how I too, was raised. Not that my parents were Pagans or atheists. We never went to church but I did learn some things about God. Both of my grandmothers, Italian and French, were devout Catholics. But one lived in New York City, the other was in Seattle, and I rarely saw them except for a few holiday visits.  I did inherit my grandmothers rosary when I was 16, after she died. It would be almost 20 years before I would learn how to use it.

So when I asked my good friend her why she chose her path of no religion at all,  her answer was that since religions have caused so many wars and been the source of so much hate between people, she doesn't believe in any of them. She believes her child should choose what to believe for herself when she grows up.

So maybe she has a point and why raise a child in a religion when so many are flawed?

I didn't really stop to think about God until I was 17 and some gang members tried to car jack me and I found myself praying for my life. I was coming home from a nightclub i Hollywood with my friend Yvonne, and a car load of thugs started following us and hit the back of my car. I stopped and they pulled in front of me. Four guys jumped out with guns and started spreading out to surround us, telling us to get the*** out of the car.

Time seemed to stand still. In that moment I prayed to God, asking that if He was there, could he please help me? Somehow, in that moment, I went from a scared kid to an action movie character... I turned off my car lights, threw the engine into reverse and sped down Wilshire Blvd backwards at over 40 miles an hour. Wilshire, normally a packed street was empty at that time of night, and I somehow hit no one. I like to think it was God helping me drive like a stunt woman that night. I suddenly turned left onto a small street, and followed it. It became a dead end. But there happened to be two cops coming out of someone's home, and I ran to them for help. The cops had been looking for them all evening. Apparently the group had been on a crime spree, stealing cars and robbing people.
There have just been too many crazy stories in my life like this where I realized that yes, there was a God out there watching over me, whether I worshiped Him or not. My stories of barely escaping peril and danger growing up in LA are many. I was pretty much a reckless idiot. I now firmly believe I had a guardian angel protecting me. So why not study and get to know more?

You would think I would have rushed out to find a church at 17 after that incident, but no, I was too self absorbed at that age to think much about God and the help given to me. Unless of course, myself or someone else in my family was in danger. You can be sure that I was praying then.

It wasn't until my now 19 and 17 year old were in preschool that I decided to join a church. I knew next to nothing about Christian religions and joined my church because I liked the old fashioned clapboard style steeple building and the sound of the members singing inside when I would drive by on my way down Topanga Canyon to Malibu. I wanted to belong somewhere and I wanted my kids to have that, too.
We had a brief and happy membership at this church which happened to be affiliated with the Foursquare church, a Pentecostal denomination. I was baptized in our swimming pool while my husband looked on a bit skeptically. He's not the religious type. That wasn't part of the deal when we got married and I don't expect him to change because I did. As the way of many small Protestant churches, our happy group fell apart when our pastor was ousted by the church board. We moved to a new area as well, and I stopped going to church.

It wasn't until we moved to this old farmhouse that I would become a Catholic. I had been homeschooling my kids and found a small Catholic school that I liked. My two kids had been baptized by a friends cousin who was a priest when they were little, on the off chance that they might want to become Catholic someday and because in the back of my mind, I always thought of myself as Catholic, somehow. 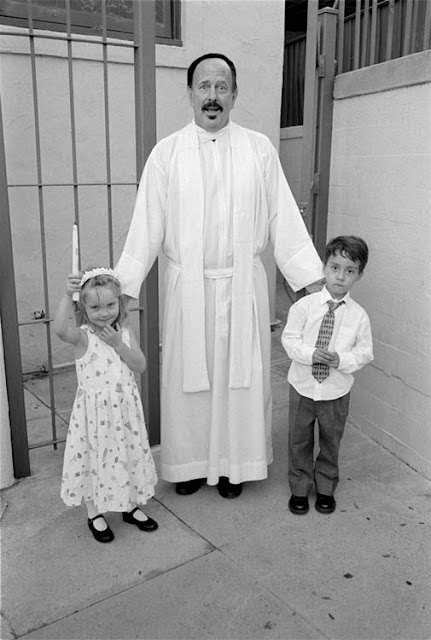 I really knew nothing about the Catholic church and was a little worried about all of the horrible things I had been reading in the papers about predatory priests. It took about 5 years of studying, and my son getting his First Holy Communion, until I decided  I would join the church of my grandparents and the church my own parents had been raised in. It's not perfect and I have a lot of questions still, and doubts sometimes, but that's OK, my priest tells me. A priest I firmly trust.

So I go to confession and each time I hope to start again. And each time I mess up
I'm trying to raise my children in a church and believe it's the best choice for them. At times I'm a real flake about being consistent with it.

But I want them to know that they aren't alone in times of need. That they are part of a community. That yes, they will screw up like I did, but hopefully not as many times as I did, because they have a guide map. And that when they do mess up and they will, God loves them anyway.