A Negroni shirt for my husband in chambray 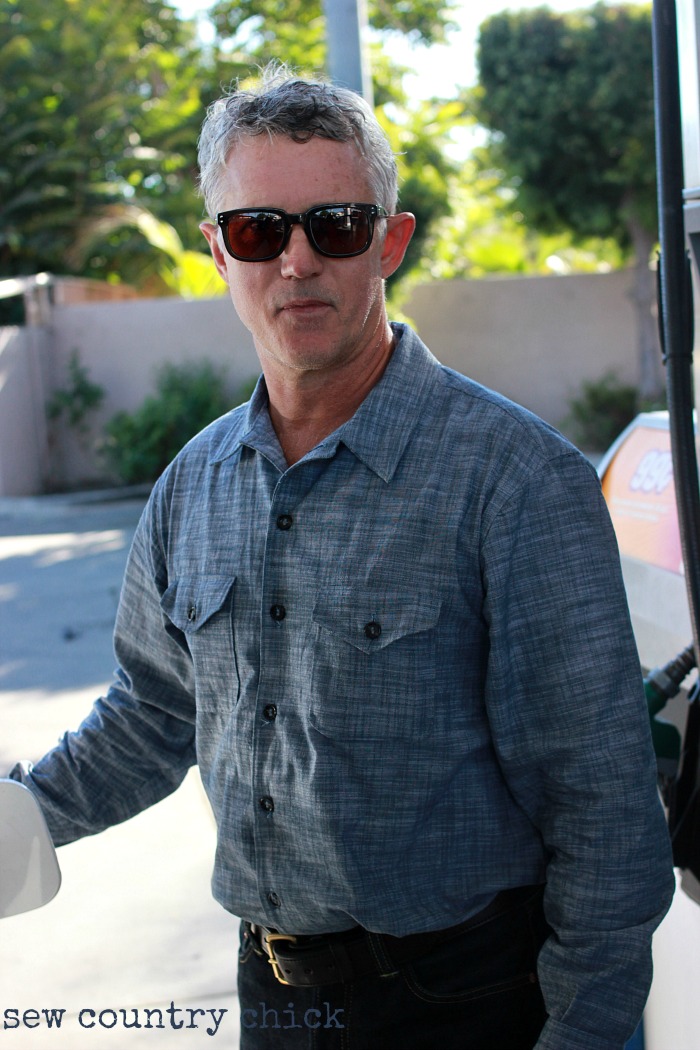 I  sewed something for my husband!!! Only after being married for twenty years....
It doesn't help that my husband is super picky about fashion. To be honest, I didn't think I could sew well enough to pass the test until now.
I guess I passed because he loves this shirt and has been wearing it a lot!
And I think he looks really good in it if I do say so myself... 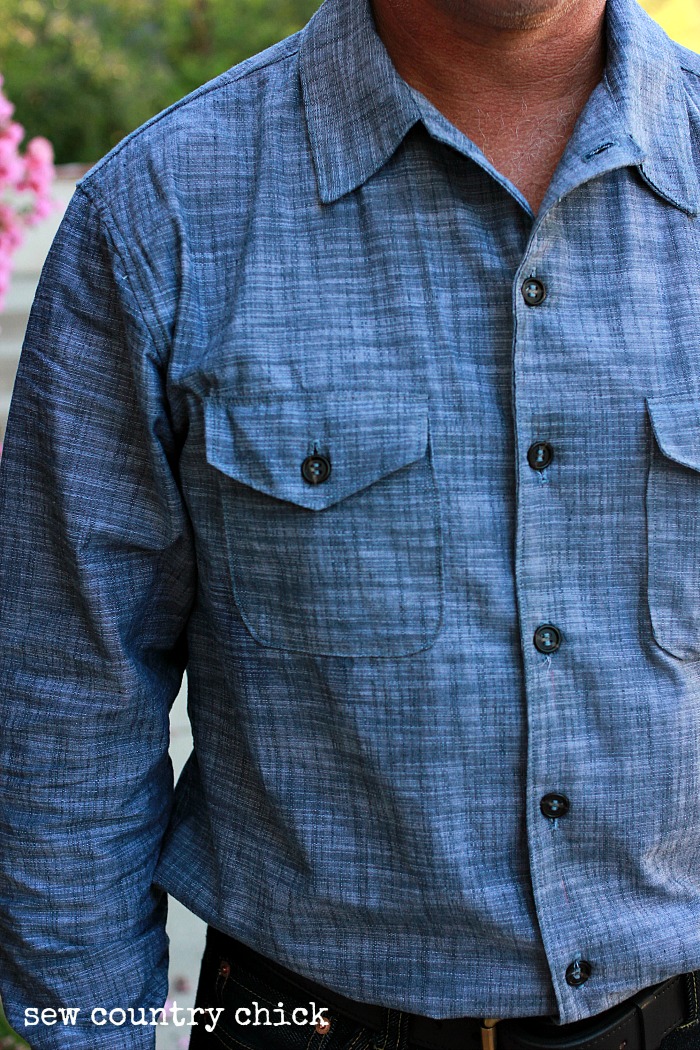 I used the Colette Negroni pattern and yes, It's as good as all the hype about it floating around the blogosphere says it is. This fit him straight out of the envelope and the fit is narrow enough to be fashionable but not too narrow for his taste. He's into this traditional retro American look this year.

He won't wear anything unless it's made in the US or Europe or Japan. He's a bit of fashion snob. But he has principles. He hates how all of the clothing companies have moved production overseas, and the resulting decline in quality and workmanship.
Those glasses he's wearing are from Randolph Engineering, an eyewear company that has been making eyeglasses in Boston for decades. His jeans are handmade by a design duo out of San Francisco called Jack Knife Outfitters. The belt is by Filson, a company in Seattle that still makes their leather goods here. And yes, buying things made in the US costs a pretty penny. 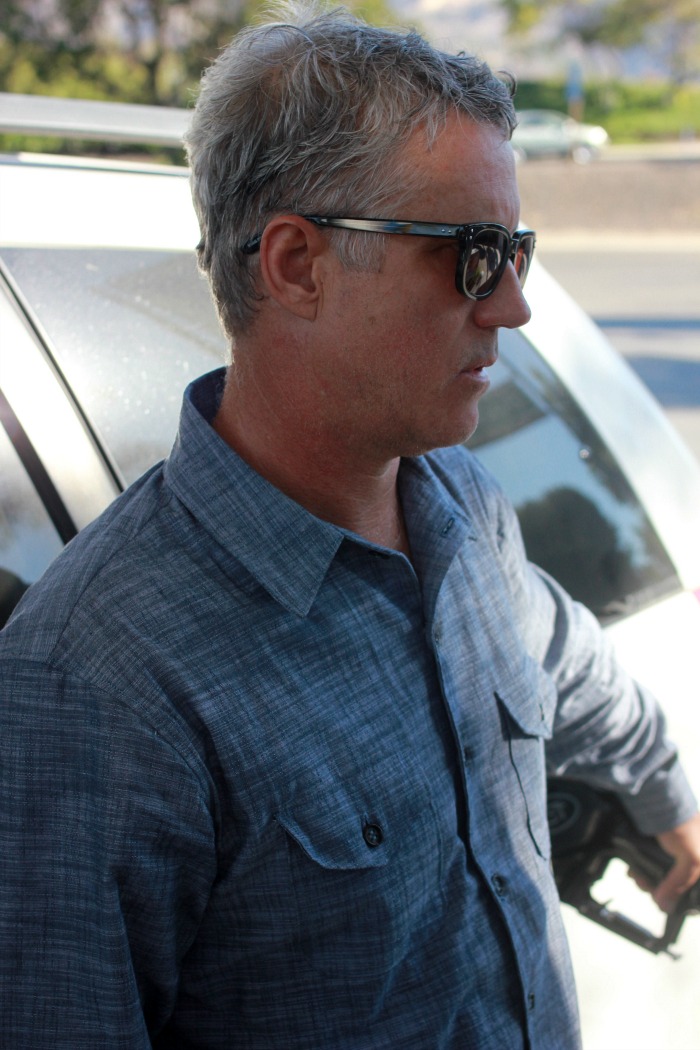 I could go on about his cool style but here's the thing: He likes my shirt enough to wear it over and over. I just might make him another one! This is a casual style double yoked shirt and doesn't have a collar stand. I'd say an intermediate sewist could make this , no problem. 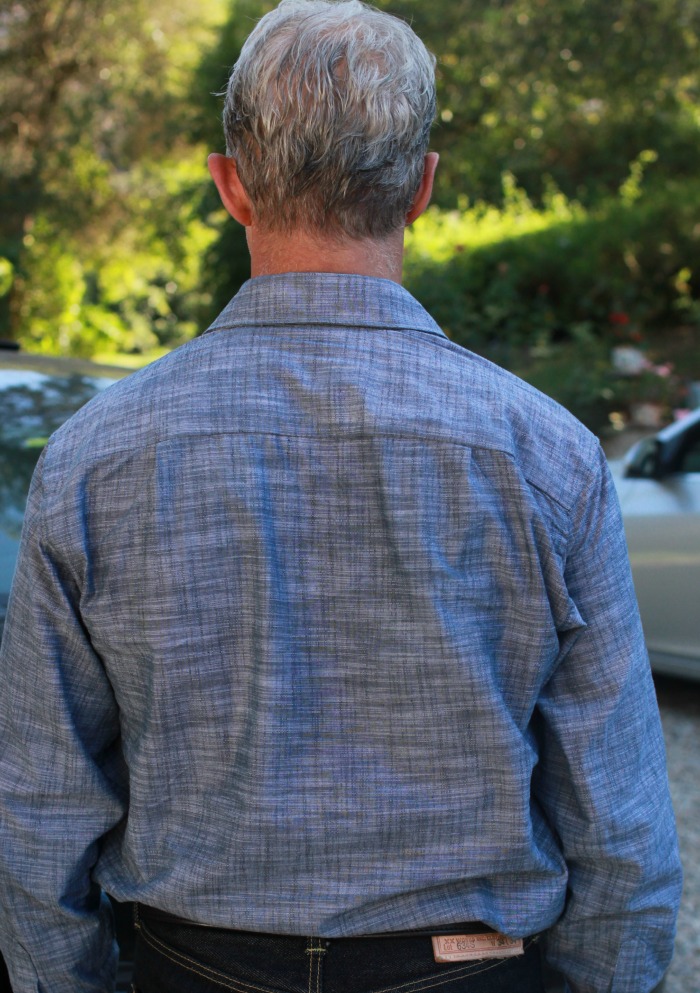 This pattern was a dream to sew up. The directions were really thorough and easy to follow. I used a beautiful slub chambray from Michel Miller that is made in Japan. I bought it here at Superbuzzy. They have the COOLEST fabrics! And I'm lucky enoght o live about twenty minutes from their shop in Ventura. The buttons are from my vintage collection. The thread was organic and made in the Netherlands... I spared no expense on this project veering away from my usual bargain basement tendencies 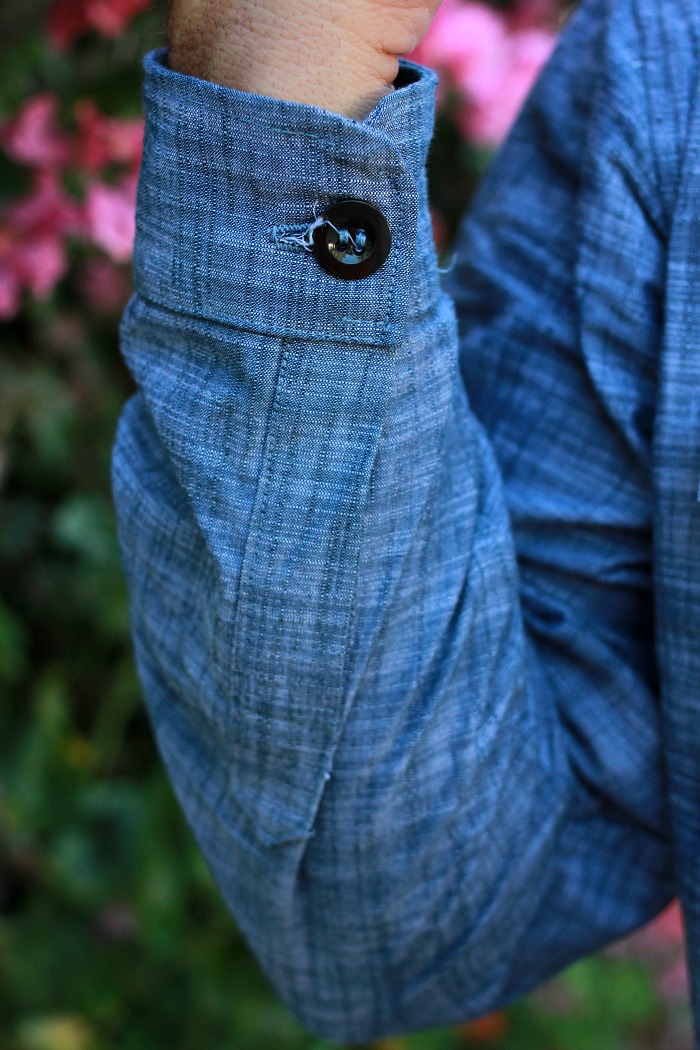 OK, there are a few loose threads! I used my sewing machine to sew the buttonholes on. I love this technique and think I may share a little trick I learned, involving removing the presser foot and sewing the button on freehand. The placket is also a nice touch. I am so in love with this fabric. I need to make something for myself with this. Soon.
at 10:47 PM