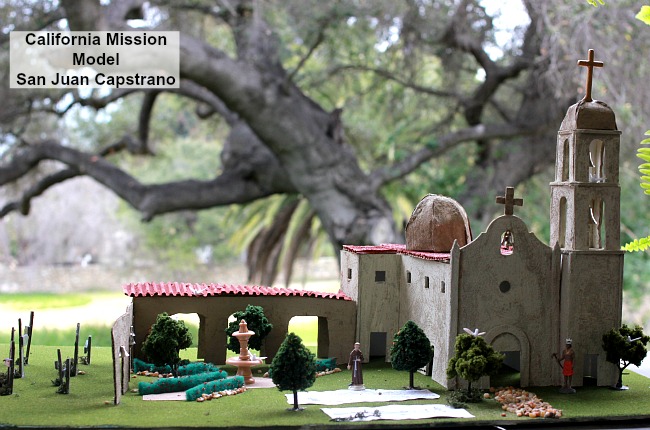 Growing up in California, as a part of the fourth grade curriculum school children learn of the history of the Catholic Missions established by the Padres who were sent to California from Spain in the 1700's. Lily made this mission for her class history fair last week. It's a model of Mission San Juan Capistrano near San Diego.
She made the whole thing by herself and I was amazed at the beautiful job she did. I will explain some of the techniques she used at the end of the post.... 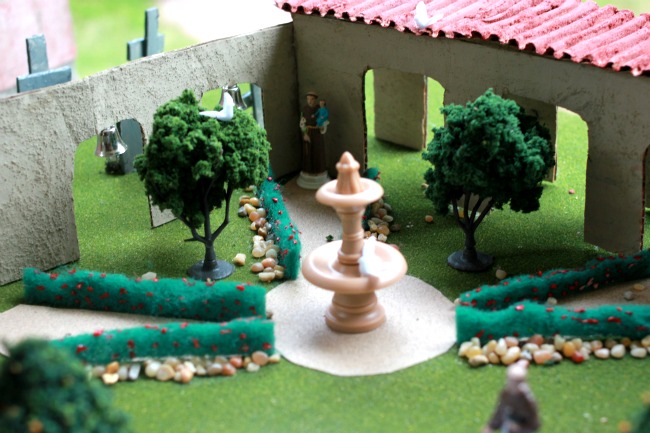 We live in an old farming valley along a river called the Santa Clara. It empties out in the Pacific Ocean, near the San Buenaventura Mission, not too far away. Our home is between two missions, the Mission San Buenaventura in Ventura and The Mission San Fernando in the North San Fernando Valley.
Along this river the Padres once walked before this state was ever claimed by the US. When it was a neglected backwater of the Spanish Empire.
The name of the path they walked was the Camino Real. The missions were supposed to be distanced so priests and other visitors could get to each one in a day's journey. But the road along the Santa Clara  River between the Buenaventura Misssion and the San Fernando Mission was very far. So visitors would often stop for the evening at Rancho Camulos, not far from here. It's an old hacienda which is still an operating ranch and was once owned by a very wealthy Spanish family.
The priests would say mass in the small chapel which is still there and the famous novel Ramona, written in the 1920's, is supposed to have taken place there.
I love the history of the missions. 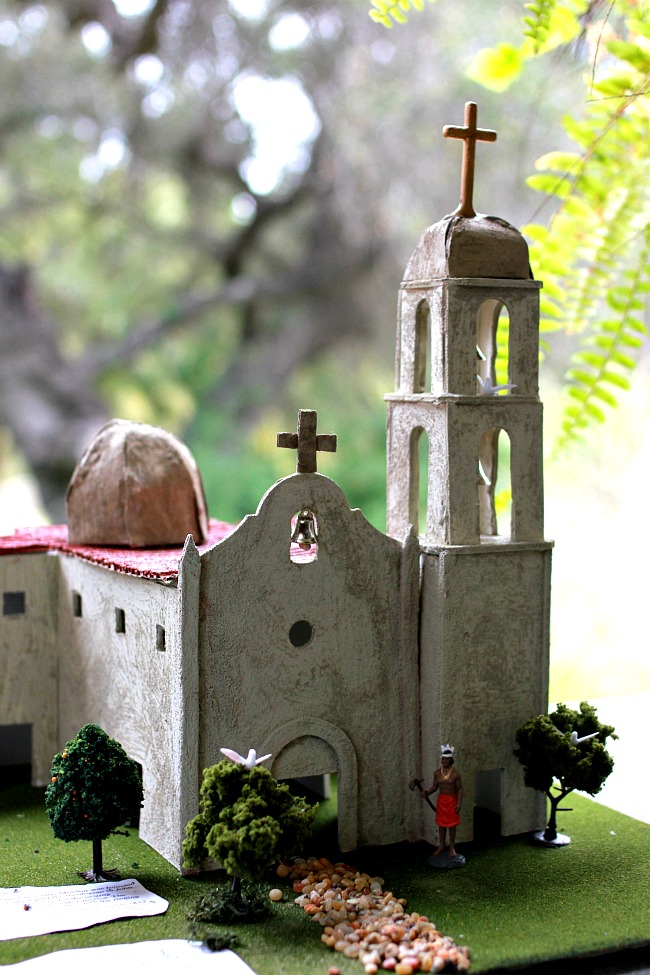 This particular mission Lily built is of the Mission San Juan Capistrano near San Diego. It was one of the most beautiful missions built by Father Serra in 1776. But it was destroyed in an earthquake in 1812, only to lie in ruins for one hundred years. It was finally restored in 1910.
It's famous for the swallows that come and visit every year in the spring from Central America. The bells are rung every year on Saint Joseph's Day, March 17, to welcome the swallows who still come today. 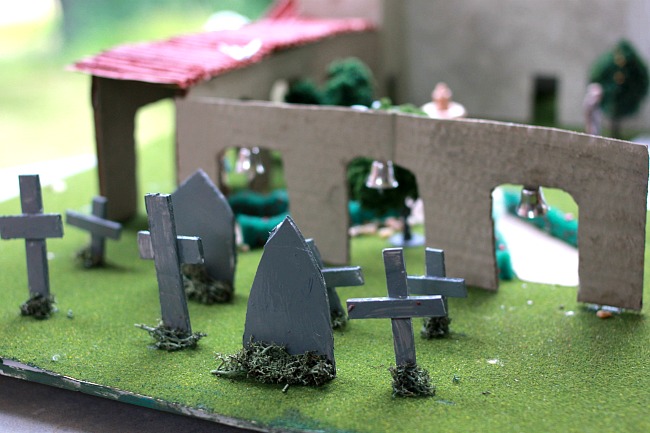 Lily used a Styrofoam model from Micheal's craft store for the main structure, and cut the rest of the structures from cardboard. She mixed craft paint with sand to give the walls the look of old plaster.
For the flowered bushes she cut up scrubbing pads from the 99 cent store and painted the tips with nail polish. The grass is colored sandpaper and the people, trees,bells, and fountain were bought at the hobby store.
She glued down florist's moss around the gravestones and tiny pebbles and brown sandpaper for the paths around the fountain.
We are so proud of her hard work!