Halloween Costume : The Girl Who Fell To Earth 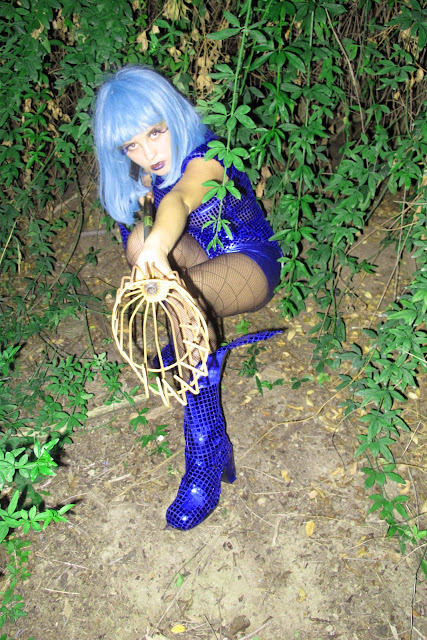 Last night there was a strange noise in the bushes, like a crashing sound. I went outside with my flashlight and there was this frightened creature crouched in the bushes! 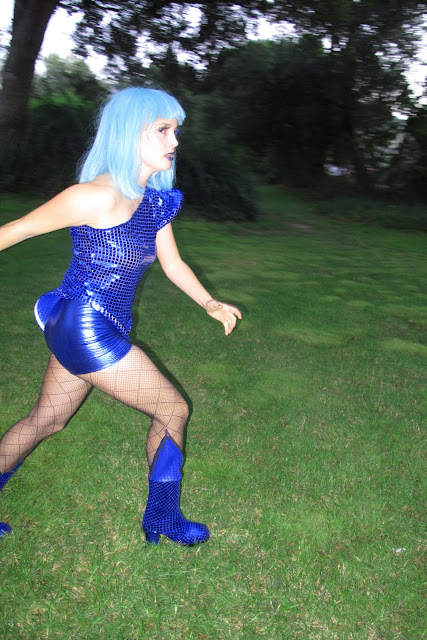 She took off running and I yelled to her " Wait, we won't hurt you! We are peaceful humans. How did you get here?" 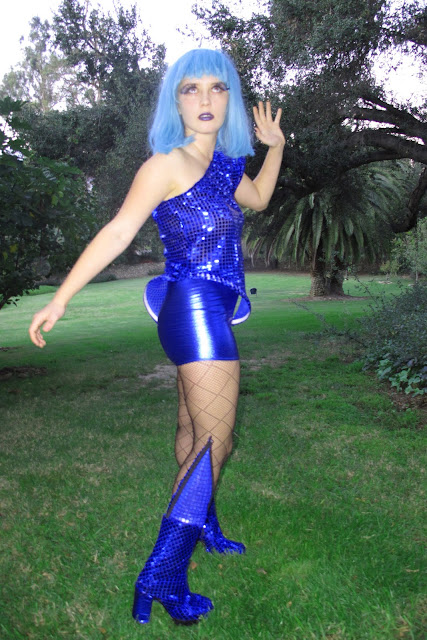 She stopped , struck a pose, looked at me and then stared up into the sky. I had to admit her outfit was fabulous and I wanted to learn more about her planet but sadly, she only spoke in a gibberish I couldn't understand....
This costume was developed on my dress form. I had a block about what to do so I just started draping the shirt and cutting it here and there. To make it stick out I sewed boning to the inside. For the shorts I traced some of Izzy's leggings. I think they are too tight and short and I will be making some sort of skirt to wear over the shorts before I let her out on Halloween, much to her chagrin! I love making costumes because you can sort of just throw them together and don't need to do any finishing on the inside! Finishing is the boring part for me and I often get frustrated at the finishing stage because I just want to move on with something new by that point. Sewing ADHD.
But I love how these photos turned out so I wanted to post them anyway. For the boots, we got some old thrift shop clodhoppers and hot glued the fabric on to them and we added some little boned "wings". What do you think? Do you think it needs a skirt? Or maybe some opaque tights under the shorts instead? Your comments will be appreciated!