Saturday was Lily's First Communion Day. It was  a lovely day and here are some photos I would like to share. 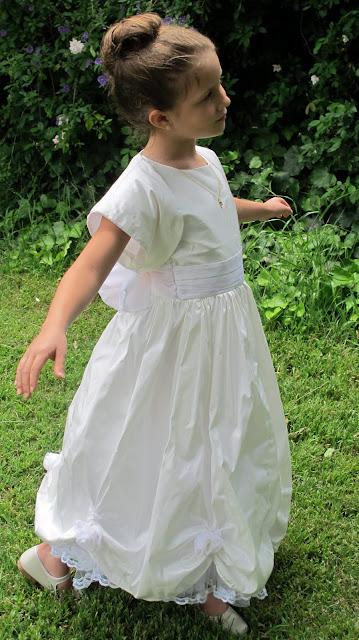 If you read my previous post about making this dress, Lily had some rather grandiose ideas and I was pretty tired out from making the wedding gown so I tried to talk her into something simpler and we agreed on a variation of Simplicity 3943. It has a matching shrug bolero top. 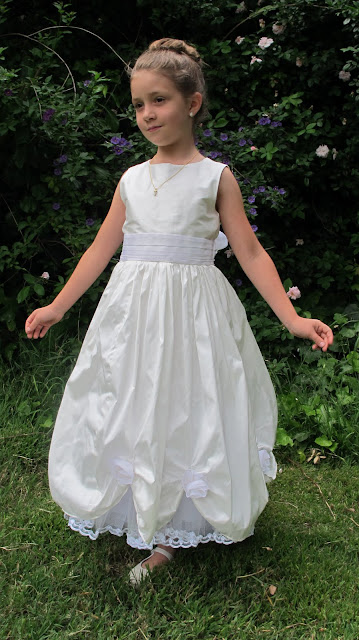 I used silk shantung for the main dress with a silk organza sash. Lily loved Maria's sash on her wedding gown so I made the same one for her. 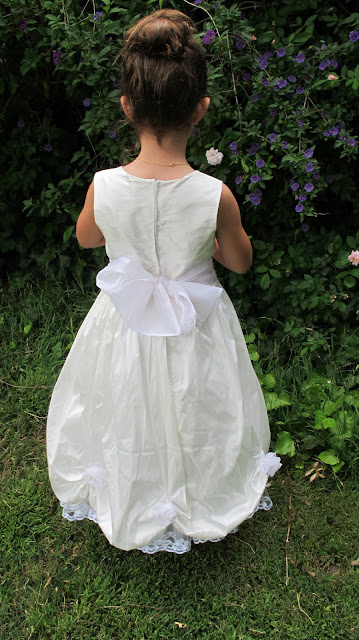 I made a handstitched zipper closing in back and used French seams for the large organza sash. 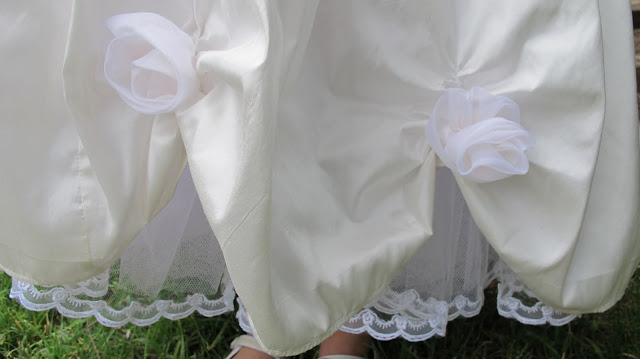 Little bias cut silk organza rosettes were added to the hem. You can press here for the silk rose tutorial. 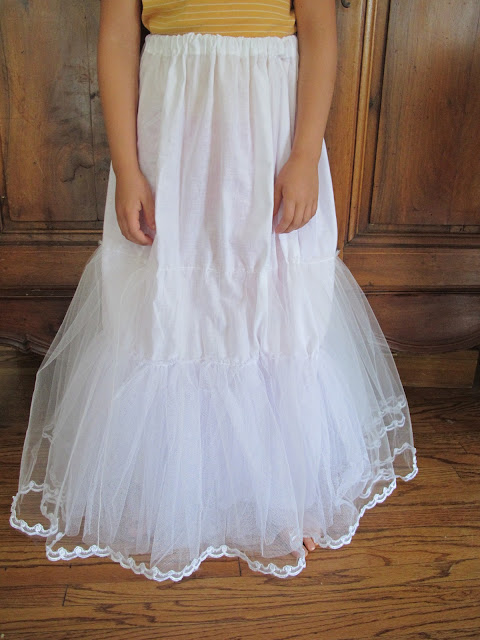 The pattern calls for attaching a petticoat. I made one with an elastic waistband instead so she can use it for plays or other dresses. It will be easy to shorten too. The petticoat has three net layers. The top one is the longest, the middle shorter, and the bottom the shortest to make it pouf out. If you look closely you can see the different lengths. It was trimmed with some lace bought downtown for fifty cents a yard. 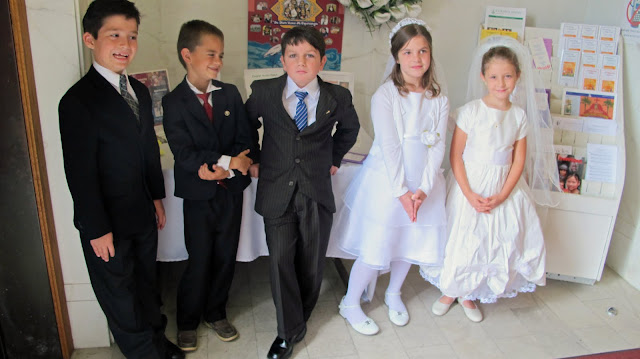 In the vestibule before the ceremony. Lily has the cutest little boys in her class and her best friend was also having her First Communion. As you can see it's a small class of second graders. 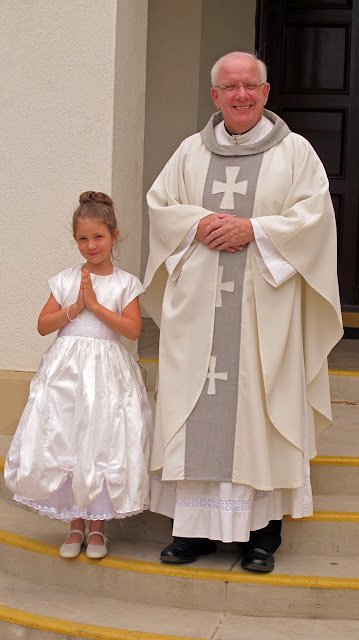 With the priest after the ceremony.
God Bless!