Poor Barbie.
She has been misunderstood as a negative influence on girls for so long !
Yes, she has impossibly long legs and a teeny, tiny waist but someone has to be prefect right?
She has actually been the muse to many a child's creativity.
How many interviews with fashion designers  have I read that mention Barbie as being an early muse for many a little girl (and boy) who started making clothing for her as a child ? 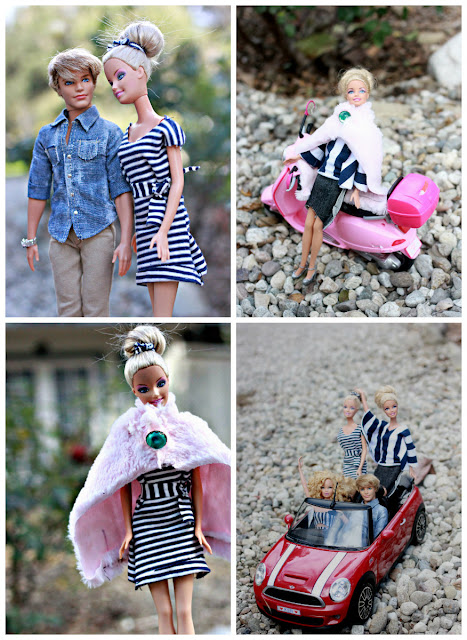 My little girl never would let me give her sewing lessons.
I bought those simple Learn To Sew patterns for her at the fabric store thinking it would be fun for her and I to sew them together but she wasn't interested. I was sort of disappointed.
She likes to do things her own way.
We hadn't sewn anything together since we made a picnic blanket about 3 years ago.
Then we got into vintage Barbie patterns and they were so complicated I ended up doing all of the work.
If you have ever sewn from Barbie sewing patterns before I can tell you they are HARD.
Especially vintage Barbie sewing patterns from the early sixties... 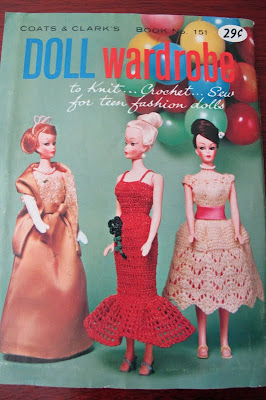 Have you ever tried to make fishtail darts in a teeny, tiny silk shantung evening gown..... 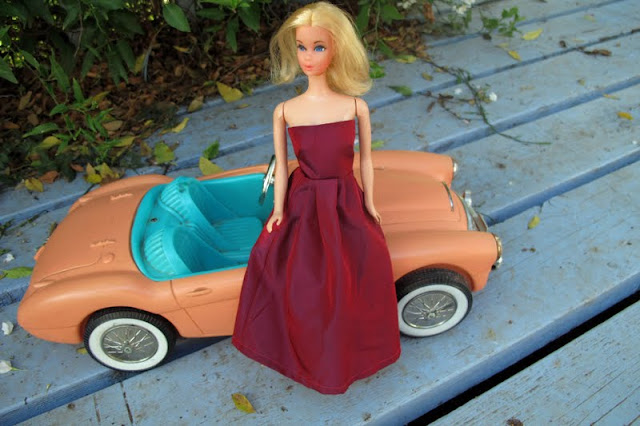 The evening gown which Lily was supposed to make that I ended up doing because the pattern was way too hard.....

Recently she started making her own designs for her Barbie's .
I tried to keep out of it because I knew if I started getting involved I would end up taking over and kill her enthusiasm.
If she asked my advice I would tell her but only of she asked. 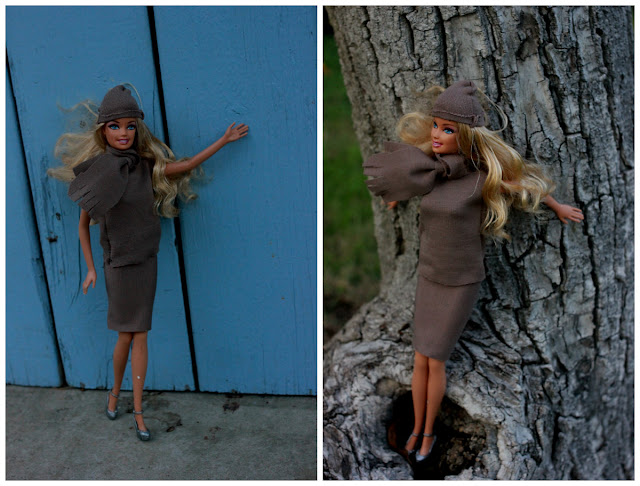 A winter outfit designed by Lily
She didn't use a pattern but traced Barbie's body onto paper and made her own.
Whatever works!