Reasons not to buy "Made In China" Products

As a child growing up in the seventies and eighties, whenever I would look at the tag inside of clothing, I can remember seeing the Union Labels. I believe the union labels usually stated a phrase like "ILGW" (Ladies garment workers)This meant the garment you were about to buy was made in America by a union worker. However, there still was the presence of illegal sweatshops in Downtown L.A. In these sweatshops, many illegal immigrants worked without the benefit of minimum wage; some of my classmates mothers in Los angeles worked in them. Items made in Europe had "status", while items made in parts of Asia were usually snubbed for possessing unacceptably low quality. Whenever an item was bought from stores, such as: LL Bean, Lands End, Ralph Lauren, Gap, or Frye boots: American classics, they were most often made in the US as well.
In more recent years, the loosening of tariffs and the promotion of global trade have come into existence. Products ranging from Gap to Ralph Lauren; to Lands' End and even the Frye Campus Boots, which will set you back about 300 dollars, are now all made in: China, Thailand or Pakistan. Is it just me, or is there something very wierd about buying "American Classics" made in foreign sweatshops? It makes our old American garment shops seem almost like quaint, distant memories.
The quest in our, what some people like to call, "throwaway culture" is to find designer knockoffs at stores, such as Forever 21, for cheaper (which results in cheaper quality) clothes; it is a never ending abyss. The more we consume, the more we want; at a cheaper  price. Unfortunately, the quest for a five dollar sweater at Wal-Mart does have a humanitarian cost. Take a quick glimpse inside some of the lives of the people who are making your disposable fashions, let's start with China.
China is quite the populous country, roughly 1.4 billion people live there; one-fifth of the population lives in China. The Chinese government has had to impose strict rules to limit growth, and has been imposing the "one child per family" policy since 1978. According to an article in the December 2010 issue of  Marie Claire magazine, " . . . officials in China have enforced the one child rule with brutal efficiency". Methods to enforce the law have included: forced abortions on women (up until the ninth month of pregnancy), and smothering newborns and dumping them into the city trash cans. There is the assumption, here in the U.S.,  that China has softened their harsh rules; because in cities like Shanghai and Beijing, where births have fallen too dramatically, two children in some households are now permitted. These small freedoms do not apply to the rest of the country.
In the region of Puning in Southern China, is a successful manufacturing center with many clothing factories: which have probably made some of the clothes in your closet. In April, the local family planning bureau launched, what it referred to as, an "Iron Fist Campaign". This campaign was put into effect to deal with the more than 10,000 women in the region, who had had more than one child. According to the state owned media, a task force of more than 600 officials were deployed to the offending womens' homes; they took grandparents, siblings, teenagers, and even infants. The relatives of these women were to be jailed indefinitely until the targeted women showed up at government clinics to undergo  forced sterilization. You may think, "By setting up American Factories we are helping people in these impoverished countries to live better lives", and that is true, to a certain extent. The average factory worker in Punang does make about 5, 500 U.S. dollars a year, which is about twice the annual average, but keep in mind the taxes in China are very high. Since the taxes are high, most of the workers' earnings are going directly to support a government who enforces such human right abuses.
I have never been to China myself, but I did take my daughters to Thailand three years ago. We spent two weeks there, without any tour guides, traveling. There was a giant shopping mall in Bangkok called the "BMG". Many of the worlds clothing factories are also located in Thailand; and the factories are somehow allowed to take some of the designer clothing they make, and sell them dirt cheap to tourists at this giant mall to make extra profit. I can't describe the guilt I felt walking out of that mall with my dirt cheap purchases, which included some obviously counterfeit items, and seeing starving children begging at the entrances to this mall. Nearby, young prostitutes lined the streets. Older white men walked the streets with them; some of the girls were only young teenagers. How do you explain these injustices to a five year old and a twelve year old? The poverty in these streets was almost numbing, but the beauty of the people shone through in their smiles. This is not a simple issue, but it is something we need to be aware of. 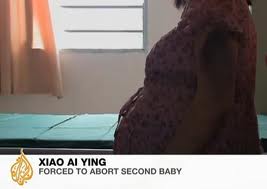